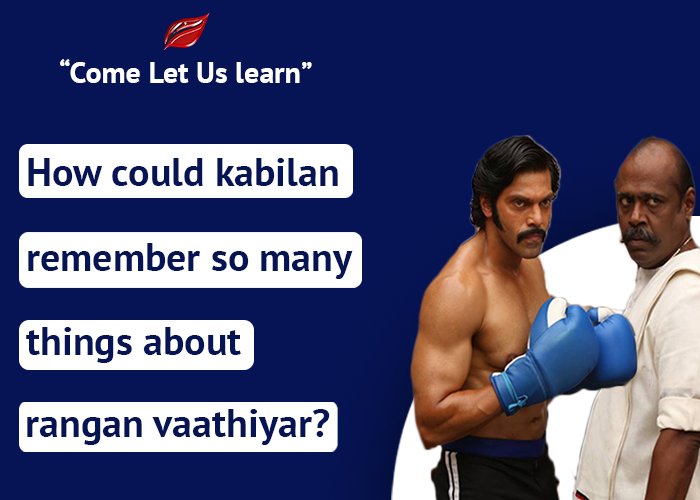 redleafsofts30th September 2021Come Let Us LearnComments are off for this post

How could kabilan remember so many things about Rangan Vathiyar?

Everyone knows about our famous Vathiyar and Kabilan especially the moment in which our boy kabilan made Vathiyar to feel proud. So much of things you may learnt from sarpatta parambarai, but you may not noticed that our sarpatta boys teaches us sciences also. Here we are going to reveal the unnoticed, are you all ready to learn that? Come Let Us Learn.
Generally we all know that our brain is responsible for our memory power and all those remembrance activities. If brain shutdown means our whole body consider itself as a battery down mobile phone, we can’t do anything and also nothing will be stored.

Our brain consists of various parts and divisions for handling the functions of our whole human body.
For proper functioning of human body all parts of the brain should combined together and work. Each area of our brain has a particular function to do.
Now you all were curious to know about how that Sarpatta boy kabilan could remember all fights of the Rangan vathiyar with very much accuracy. To know the reason let’s dive into some of the functions of the brain parts.

Memories aren’t stored in just one part of the brain. Different types are stored across different, interconnected brain regions.

For explicit memories – which are about events that happened to you (episodic), as well as general facts and information (semantic) – there are three important areas of the brain: the hippocampus, the neocortex and the amygdala.

Implicit memories, such as motor memories, rely on the basal ganglia and cerebellum. Short-term working memory relies most heavily on the prefrontal cortex. 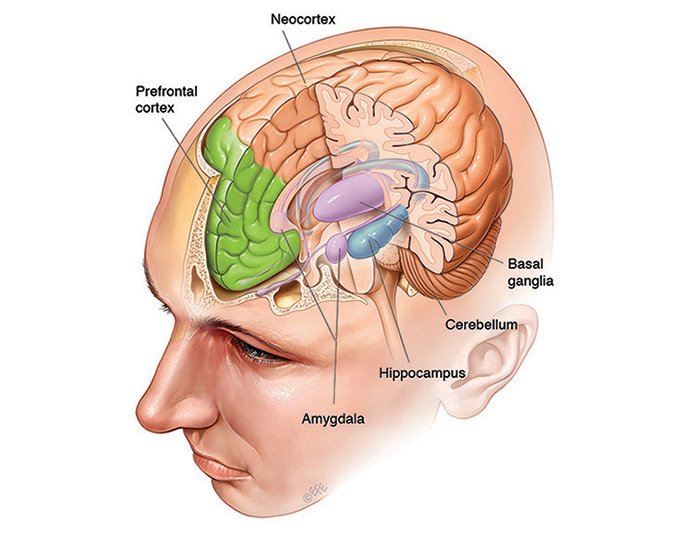 Explicit memory usually refers to all the memories and information that can be evoked consciously.
For explicit memories – which are about events that happened to you (episodic), as well as general facts and information (semantic) – there are three important areas of the brain: the hippocampus, the neocortex and the amygdala.

In humans, the neocortex is involved in higher functions such as sensory perception, generation of motor commands, spatial reasoning and language. Over time, information from certain memories that are temporarily stored in the hippocampus can be transferred to the neocortex.

The amygdala, an almond-shaped structure in the brain’s temporal lobe, attaches emotional significance to memories. This is particularly important because strong emotional memories (e.g. shame, joy, love or grief) are difficult to forget.
The permanence of these memories suggests that interactions between the amygdala, hippocampus and neocortex are crucial in determining the ‘stability’ of a memory – that is, how effectively it is retained over time. 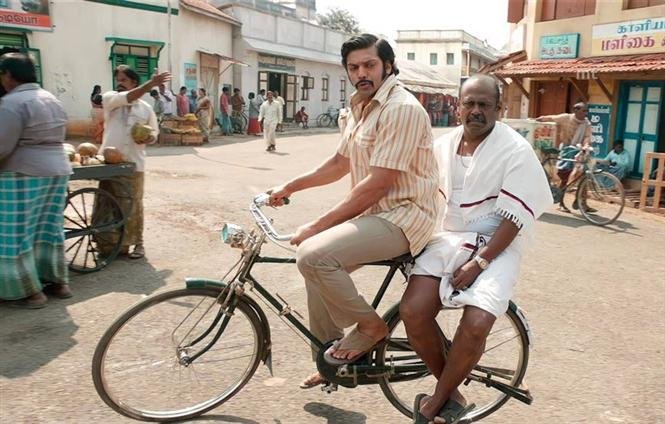 Coming back to the question…

Now on knowing all those things you all came to the conclusion right!… Let me say the reason behind the extraordinary memory of kabilan towards Rangan vathiyar’s fight sequence.
We all know that it’s very much hard to forget the happenings which affects us emotionally may be it could be a Joy, shame, love, sad etc.
For e.g.: A prize which we got in our school sports meet, the day in which our favorite puppy was gone. Whatever may be it doesn’t matter but if a particular matter which affects us more emotionally it’ll quite hard to forget.   Like that Kabilan as told that before he watch the Rangan vathiyar’s fight with whole heartedness, joy and much eagerness, that’s why all the episodes of the fight sequence are stored in kabilan’s mind with an extra advantage called emotion. That’s why it’s very much hard for kabilan to forget all those fight episodes.
Not only kabilan, in our life also something which affects us more emotionally will can’t be forgotten easily, because they were all stored more deeper with the emotion which we acquire on that particular day or time.

This may be a good place to introduce yourself and your site or include some credits.